About Gamma Development, its founders, and their affiliates.

Gamma Development is owned by Mackenzie Bishop and Brian McCarthy. Mackenzie and Brian founded Abrazo Homes in 2010 in the midst of the worst downturn in the history of the US housing market. Here’s a little bit of information about the principals:

Mackenzie Bishop – Born and raised in Albuquerque, Mackenzie is a distinguished graduate of both East Mountain High School and the Anderson School of Management at the University of New Mexico where he graduated Summa Cum Laude. Mackenzie currently serves as the Board President for the East Mountain High School (EMHS) foundation board and is also the 2nd Vice President of the Home Builders Association of Central NM (HBACNM). In 2018, Mackenzie was awarded both the ‘Rising Star’ award and the ‘President’s Award’ from the HBA of CNM, in particular for representing the industry during the rollout of the City of Albuquerque’s Integrated Development Ordinance (IDO). Mackenzie and his wife Misty are proud parents of one son – who Mackenzie coaches in youth basketball.

Brian McCarthy – Brian grew up in Albuquerque as well, and graduated from St. Pius X High School. In fact, during his senior year in high school, Brian and a friend rode a canoe to school on the Rio Grande. Brian has always been an outdoors enthusiast and avid user of the Bosque Open Space and Rio Grande River. Brian received his undergraduate degree from the University of St. Thomas in Houston, Texas before receiving his Executive MBA from the Anderson School of Management in 2005. Brian entered the construction industry in 2001 and was formerly the division president of another large regional builder that built and sold over 800 homes/year at its peak. Brian served on the board of the HBA of CNM from 2012-2015 – serving as Board President in 2015. He then served on the board of the NMHBA at the state level, where he also served as Board President in 2018. Brian has received the following awards during his tenure: Builder Rising Star (2014), Builder Member of the Year (2015), Builder Hall of Fame (2016). Brian served as Ex-Oficio Trustee to Builders Trust – the second-largest Worker’s Compensation Fund in the state of New Mexico that focuses on insuring and safety training of New Mexico’s construction workforce. Additionally, Brian has served on the board of Junior Achievement of New Mexico and numerous other charities and non-profits. Brian and his wife Autumn have 5 children and Brian also serves as a youth Basketball coach.

Together, Mackenzie and Brian have been recognized for the following:

Community Involvement – Over the past 9 years, Brian and Mackenzie have supported numerous charities and non-profits, having given over $50,000 to the EMHS Foundation Board, $50,000 to Junior Achievement of New Mexico, and $10,000 to the Wounded Warrior Project. Additionally, Abrazo Homes built 2 ‘Charity Homes’ (2017 and 2018) for El Ranchito de Los Niños – a local orphanage that specializes in keeping orphaned siblings living together. Through Junior Achievement, Brian has volunteered in the classroom to teach local high schoolers about financial literacy, entrepreneurship, and workforce readiness. Mackenzie and Brian have both been recognized as speakers and have made presentations for NAIOP, NMHBA, HBACNM, UNM Business School, Saint Pius X High School, Albuquerque Business First, and more.

In the Past – In 2007, Brian and Mackenzie co-founded ‘Por Fin Nuestra Casa’ or PFNC, an environmentally conscious social enterprise that repurposed used shipping containers into ultra-affordable housing for employees of the Maquiladoras – or US-owned factories along the US/Mexico border. The average maquiladora employee earns just over $2 (US) per hour and can only afford an ~$8000 home – which PFNC delivered. PFNC was the winner of the 2007 University of Notre Dame Business Plan competition, Recognized by CNN, PopTech!, ‘The Colbert Report’, NPR, and received the ‘sustainable business’ award from the United Nations in 2009.

Some opponents of the ‘Poole Property’ (aka Overlook at Oxbow) development see this proposed subdivision as an irresponsible initiative fueled by personal greed. They view this as a plan which is oblivious to its surroundings, the environment, and the community at large. Rest assured that the principals involved with the advancement of this project are local, socially, and environmentally conscious entrepreneurs that have used their businesses (and their profits) as a flywheel for the continued advancement of the environment, their employees, their customers, and the community at large. As owners, Mackenzie and Brian don’t just ‘talk the talk’… they have actually invested time, energy, resources, talent, and hundreds of thousands of dollars to advance these goals. Throughout their careers, they have demonstrated their commitment to the ‘Triple Bottom Line’ – Social, Environmental, and Financial. While many opponents of this project claim to value the environment more than the applicant, few, if any, have matched the financial investment and initiative of these two principals.

Continue to the Dashboard

No, I Want to Keep Viewing Homes

Continue to the Dashboard

No, I Want to Keep Viewing Homes

Enter your email address and we’ll send you a link to reset your password.

We have received your message and will contact you momentarily.

Looking for a New Home? Ask Blair or Brooklyn! We are your personal resource. Shoot us a message below or call us at 505-510-4626. We look forward to hearing from you! 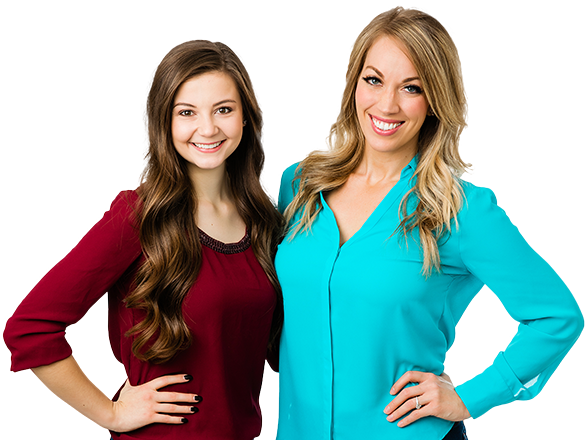